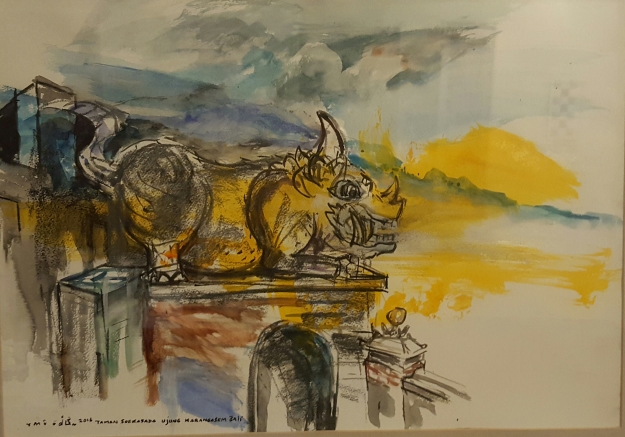 Impressions of some of Bali’s most important archeological sites, the 11th century Gunung Kawi temple in Tampaksiring, and the stone reliefs at Yeh Pulu in Bedulu, along with dramatic landscapes depictions from remote East Bali, went on display at the Bali Artists’ Camp 2016 Exhibition.

Open from 8 April – May 22 at the Made Budhiana Gallery, Ubud, and featuring more than 30 paintings, sketches, and installations by local and foreign artists, the exhibition marks the fifth year of engagement between the Northern Territory of Australia and Bali, and Eastern Indonesia. 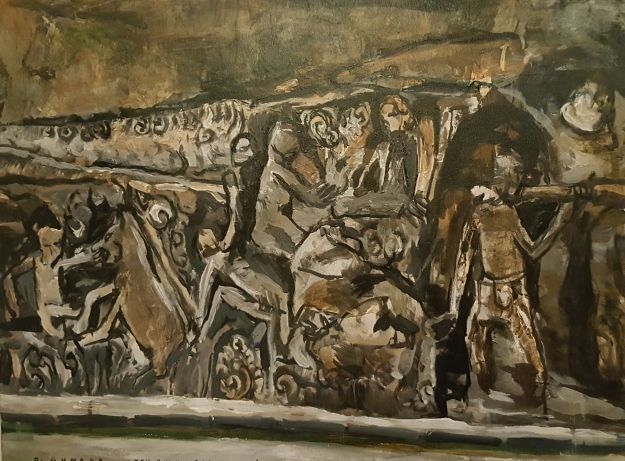 An art and cultural engagement that began in 2012, the Bali Artists’ Camp’s vision evolves around engagement with the landscape, nature, and the rich Balinese culture. The event brings together artists from Bali and Indonesia, with their counter parts from Australia, and other foreign countries, to visit inspiring sites throughout Bali, to work on location in a visual art and cross-cultural exchange exercise.

The fruits of the 2016 Bali Artists’ Camp, themed engagement with monumental Bali, produced on separate occasions in May, June, July and September 2016 (collectively a period of seven weeks), will be displayed until 22 May. The vibrant collection includes works by renown Balinese artists Made Budhiana, along with Made Sudibia and Gede Gunada from Bali, and paintings by Freddy Sitorus, born in South Sulawesi, and East Javanese painter Nanik Suryani. 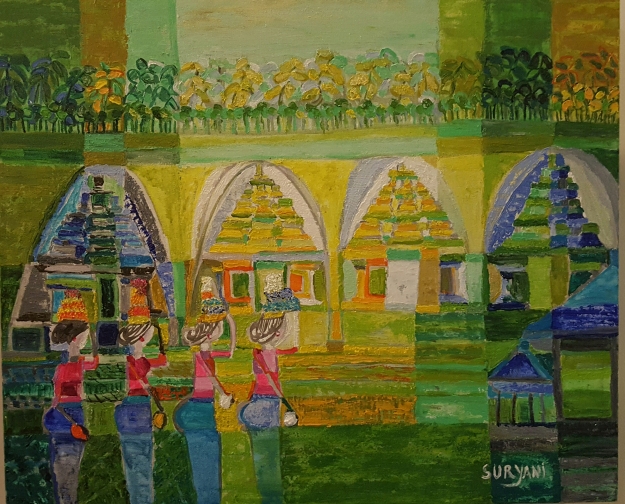 The foreign artist’s contributions reflect different artistic approaches and backgrounds, Japanese artist Rie Mandala’s offerings are delicate works in ink on paper. Well-known Australian artist Michael Downs’ compositions have both surreal and abstract sensibilities, fellow countryman Ivor Cole prefers to works in oil, in his realism paintings, while Australian Mary Lou Pavlovic’s presentations are forged from an array of media, including timber and plastic, with the addition of paint and other decorative media.

Ivor Cole said of his experience, “the cultural divide between the artists is quickly wiped away. There is no separation, we are here to absorb and translate the best we can through the visual image, the emotional, spiritual state of this place and this time.” 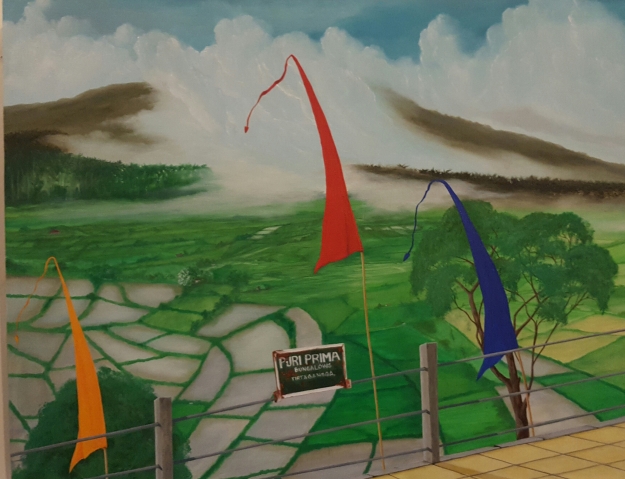 “For hundreds of years trade and cultural exchange flourished between the Macassans (people from present day Sulawesi and related islands) and aboriginals of the Northern Territory. Since the birth of the Republic of Indonesia, and the attainment of Self- Government for the Northern Territory in 1978, there has been an increased focus on acknowledging and strengthening our economic, cultural and social ties within the region,” Gunner adds. 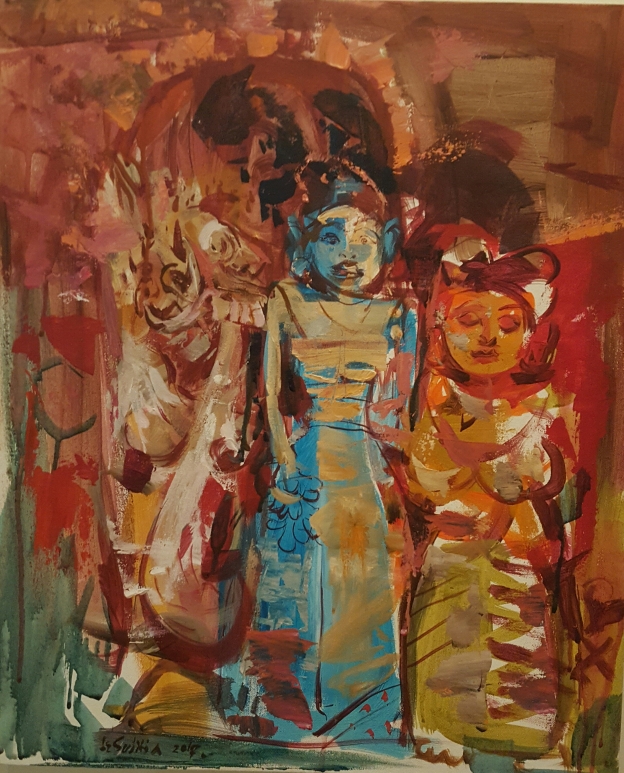 “I had the honor of traveling through the lush tropical landscape with the local artists visiting spectacular temples and monuments,” Mary Lou Pavlovic said. “And I was struck by how close to nature the Balinese and Indonesian artists were, everywhere we went they knew all the fruit and medicinal herbs. I realized although I long to feel this affinity with nature, I am not from a culture that exists in the same way with nature.”

The Bali Artists’ Camp compliments the Artists’ Camp art engagement project run in alternative years by the Northern Center For Contemporary Art (NCCA) in Darwin.      “The Artists’ Camp involves Balinese and Indonesian artists traveling to the Top End of the Northern Territory and interpreting its rugged and diverse landscape, together with an artistic and cultural interaction with Aboriginal artists,” said the founder of the Made Budhiana Gallery, Australian Colin MacDonald. 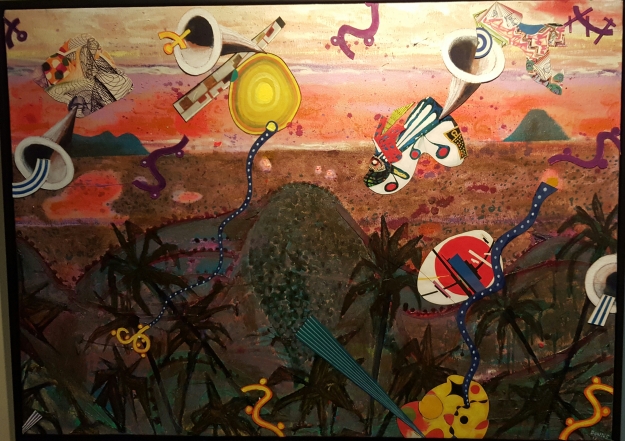 “The camp started as a concept with the original Director of Museums and Art Galleries in the Northern Territory (MAGNT), Dr Colin Jack Hinton back in 1978.” MacDonald, the former Director and Chairman of the Board of MAGNT, developed the concept further when he took Balinese artist Made Budhiana to the NT to participate in the first international Artists’ Camp, along with Australian and Malaysian artists in 1990.

The vision of the ten-year program of the Artists’ Camp is that the Chief Minister of the Northern Territory, the Australian Prime Minister and the Indonesian President will open a touring exhibition at the Australian National Gallery that will include the first retrospective of the Australian-Indonesian artists’ engagement. 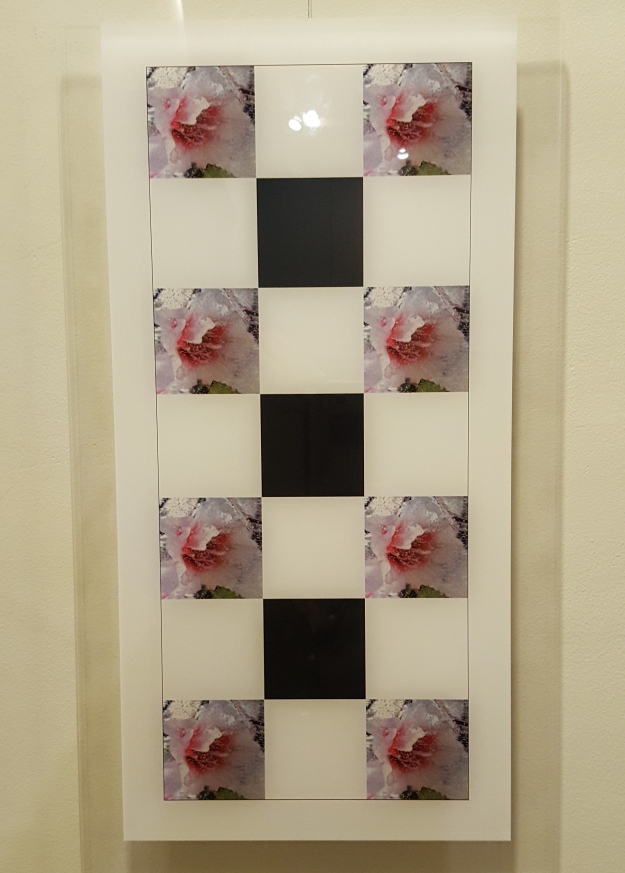 Study for a Monument of Flowers – May Lou Pavlovic

The Bali Governor, Made Pastika, who is also a supporter of the event, will visit the exhibition in early May to meet the artists, and to be presented works by the artists. 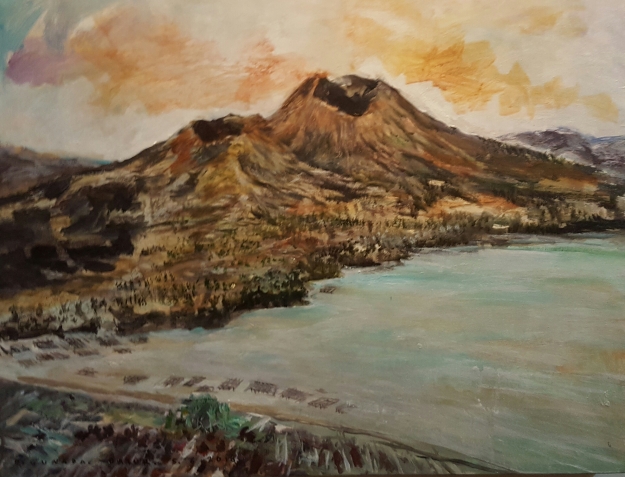